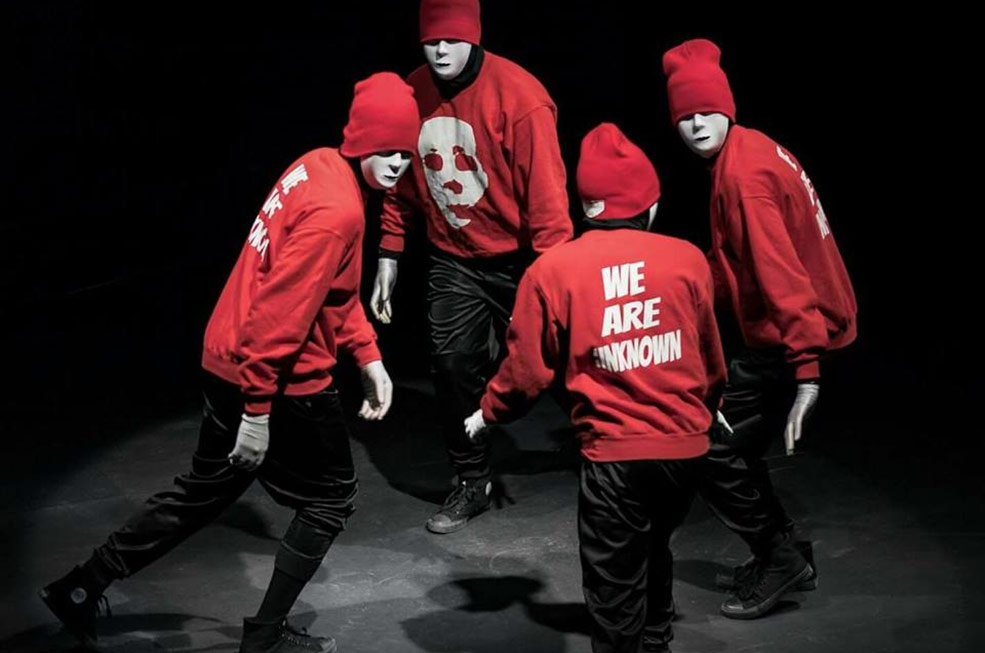 Join us at our Soccer Tournament this Saturday 23 June 2018 and watch the talented dance crew – The Unknown perform in Bellville! Established in 2010, The Unknown is a Theatrical Dance Crew from Ocean View in Cape Town. The crew consists of 4 masked dancers – JP Koopman, Erin Carelse, Brandon Silinda & Carlo Simons.

What makes The Unknown different is that they are one of the very few/only crews that makes use of a Theatrical style of dance (which combines a mixture of acting and dancing), while keeping it homegrown and being able to perform for ANY kind of crowd!

The Meaning Behind The Costume and Crew Name:

The Unknown has a unique and different look which consists of masks and gloves. The reason for the masks is to stand out from the rest, and to adapt to the name “Unknown”. The dance crew’s name choice has two reasons behind it – The look of the crew, and the fact that their theatrical style makes you expect the UNKNOWN FROM THE UNKNOWN.

If you’re interested in watching this talented crew dance, check out the videos below:

NB! Please note that the above information will be used for all correspondence regarding this entry.